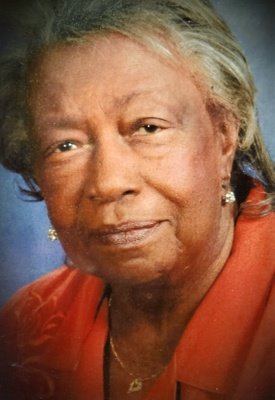 Myra Nell (Young) Smith was born in Jefferson, Texas on September 8, 1938, to Burnie and Winnie (Roberson) Young.  She attended school in Jefferson Public Schools and continued her education at Texas Southern University. During her time at Texas Southern, she met I.M. Alexander Smith. Later she graduated from Dallas Baptist College with a B.A. in Psychology. Myra was united in holy matrimony on December 31, 1962 to I.M. Alexander Smith. This union was blessed with one child, Sonya Elise.

Myra accepted Christ as her Lord and Savior at an early age.  She was a faithful member of Camp Wisdom United Methodist Church, Dallas, Texas. She served in various duties with the United Methodist Women and the Administrative Board. She enjoyed the sharing of the Word, so she trained and served the church as a Lay Speaker.

To send flowers to the family or plant a tree in memory of Myra Smith, please visit Tribute Store

Share Your Memory of
Myra
Upload Your Memory View All Memories
Be the first to upload a memory!
Share A Memory
Send Flowers