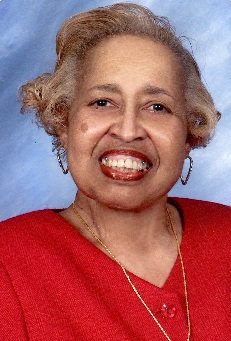 DeArtis Gene Stinson (also known as Geney) departed this life on September 1, 2020.  She was born on August 4, 1942 in Dallas, Texas.  DeArtis was the oldest of 2 daughters born to Howard “Mike” Purify and DeArtis Geneva Pryor Purify.  She was a retired Guidance Counselor of the Dallas Independent School District.

DeArtis was a member of New Hope Baptist Church, Dallas, Texas from the time of her birth.  She continued to serve faithfully at New Hope until her health failed.  She sang in the church choir and was a member of the Installation and Scholarship Committee.

Her early education was within the Dallas Independent School District where she graduated from James Madison High School in 1959.  She went on to attend Prairie View A&M University in Prairie View, Texas where she received a Bachelor of Library Science degree.  She later went on to earn a Master of School Counseling degree.

She began her career as a librarian in Dallas Public Library System.  After which she went on to work as a librarian in Dallas Independent School District.  She spent the majority of her career in education as a Middle School guidance counselor.  She loved working with middle school students and she was dedicated to helping her students work to their full potential.  As a guidance counselor she was able to establish strong relationships with her students and they trusted her to always “give it to them straight”.  She retired from E.B. Comstock Middle School in Dallas, Texas in 2004.

DeArtis was a Golden Life Member of Delta Sigma Theta Sorority, Inc. where she was a past president of the Delta Alumnae Chapter.  She held other offices and served on various committees.

She touched the lives of many and was loved and cherished by both family and friends.  She will be missed every day, but we take comfort in knowing “that to be absent from the body is to be present with the Lord”.

To send flowers to the family or plant a tree in memory of DeArtis Stinson, please visit Tribute Store
Thursday
10
September

Share Your Memory of
DeArtis
Upload Your Memory View All Memories
Be the first to upload a memory!
Share A Memory
Send Flowers