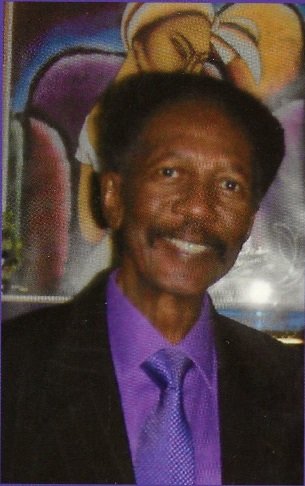 In lieu of flowers, please send donations to:

Reflections of a Life Well Lived

After graduating from high school, Jewel Edward enlisted in the United States Army, where he served during the Vietnam War.  In speaking with friend (Allan) who served in a Vietnam with Ed, he spoke of the toys they each carried daily with them (Ed -Camera) and (Allan-Radio).  They each held onto their toys until discharged after and honorable discharge from the military Ed attended Texas Southern University in Houston, Texas where he received a Bachelor Degree in Accounting.

After graduation from TSU, Ed went to work for Fannie Mae (Federal National Mortgage Association) in Washington, DC and worked for the company for over twenty years. After leaving Fannie Mae, Ed went to work for Gifford-Hill & Company, one of the nation’s largest producers of cement and construction material as and Accountant and Auditor.  He traveled around the country for this company, along with his forever companion (The Camera) he was able to establish a long list of lifetime friends across country.  They all considered him as part of their personal family.  He LOVED PEOPLE!

After leaving Gifford-Hill & Company, Ed went to work for a privately-owned construction company, where he decided to start working part time for Sam’s Club (Wal-Mart).  The part-time job very quickly became a full-time job, where he served as a Photo Manager (Camera) and later became a Door Greeter.  He was referred to by the name (Mr. Ed), I will let you figure out how he arrived at that name.  He was a awesome Door Greeter!

He worker for Sam’s Club for 29 years until his retirement in 2018.

Ed accepted Christ at an early age to Carter Temple CME Church in Tyler, Texas.  As an adult he was a member of Cedar Crest Cathedral CME Church, Dallas, Texas until July , 1989 when he became a Charter Member of First Christian Methodist Evangelistic Church under the leadership pf Rev. Gene E. Burt.  Ed was a faithful and dedicated member working in the following ministries: Usher Board, Steward, Choir, Sunday School Teacher (Youth&Adult from over 30years), CMOC (Christian Men of the Church), Pastor Search Committee Member.

He truly loved 1st CMEC, always strived to give his best and used his God given talents to enhance the growth of the Church.  His dedication & Service will be missed.

Ed’s life consisted of so many adventures, always doing something, just to name a few, part-time owner of a night club , professional photographer, benefactor of many scholarships for college students,  self-published Author, part owner of Dearman Fashion Gallery, Lifetime Member TSU National Alumni Association, Member of Dallas Weekly Book Club (He was the only MALE, and loved that status), Community Activist , and a host of others, too many to mention.

In summing up a life “Well Lived”, for Jewel Edward Dearman, one can only say:  He never met a stranger, always made time for a reflective conversation.  Always left the room Brighter than HE found it!!!

To send flowers to the family or plant a tree in memory of Jewel Dearman, please visit Tribute Store
Monday
28
December

Share Your Memory of
Jewel
Upload Your Memory View All Memories
Be the first to upload a memory!
Share A Memory
Send Flowers
Plant a Tree