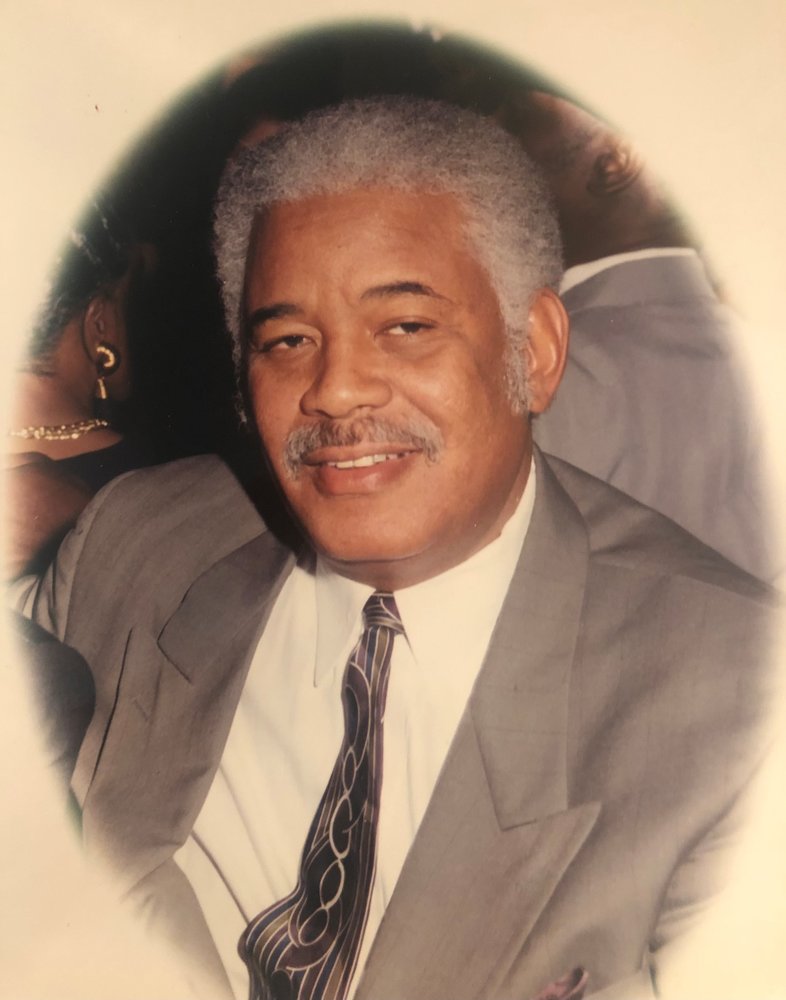 Dr. Irby B. Hunter, Sr., devoted husband, father, grandfather, family man and revered dentist departed this life peacefully on February 24, 2021.  He was born July 12, 1940 to Oliver and Malissa Hunter in the “piney woods” of East Texas in Lindale.  He was the fourth of their six children.  His family worshipped at the Pleasant Hill CME Church in Longview, Texas

Irby attended Bragg Morris High School in Lindale, Texas and finished with high honors in 1957.  “Honey” affectionately called by his family, matriculated to Texas College, in Tyler, Texas earning a Bachelor of Science in Chemistry Degree with honors in 1961.  He received a Master of Science Degree in Chemistry from Tuskegee Institute with honors in 1963.  Irby attended The University of Texas Health Science Center at Houston School of Dentistry, where he earned his doctorate of dental surgery after working as educator in Galveston, Texas.  He was the second African American to earn a professional degree from the institution.  The Texas Dental Association awarded Irby life membership in 2009 at an elegant banquet in San Antonio, making him one of a very few Blacks to receive this high honor.  In 2019, Irby was pinned at the 50th year class reunion from the University of Texas Health Science Center at Houston School of Dentristy  in Houston,Texas for outstanding scholastic and career achievement.

During his undergraduate studies at Texas College, Irby  met Miss Staphalene Johnson who was a freshmen from Bullard, Texas.  Their courtship followed and resulted in marriage in May 1962.  To their union, Constance Andrea and Irby, Jr. were added.

In 1967, Irby began his long career as a General Dentist.  Irby credits Dr. Winfred Anthony Hembry for enticing him to launch his practice in Dallas. Professional affiliations included in Dallas County Dental Society, Texas Dental Association, and the American Dental Association.  Irby served as the National Convention Chair of the National Dental Association.  He served as the President and Chairman of the Board of the Gulf State Dental Association for three terms and was the President and Chairman of the Board of the M. C. Cooper Dental Society.  Possessing a passion for learning aimed at perfecting his craft, Irby regularly attended symposiums, lectures, continuing education classes locally, statewide as well as in various Caribbean Islands.  It delighted Irby to tell his grandkids “Granddaddy’s going to school today.” Irby dedicated his life to the dental health and the healing of his patients until a few weeks prior to his transition after more than 52 years in his profession.

Known for his approachable demeanor, Irby was civic minded and socially active throughout his life.  He was a loyal donor to the YMCA Mooreland Branch and regular Career Day volunteer at several Dallas Independent School District schools.  He was founding Board of Directors of the Sunbelt National Bank, the Dallas community’s first Black owned bank.  In 1999, he joined other Dallas leaders as a Quest for Success award recipient based on leadership, community engagement and business achievement.  He was an active member of the Cotillion Idlewild Club having served as Past President, Ball Chair and was the current Chaplain at the time of his passing.  Irby was the recipient of the highly esteemed Hiram Harding Award in honor of the club’s founding member.  His contributions while President allowed him to be featured in Dallas Morning News articles and a non-fiction book that highlighted Black social organizations in the South.   A 1973 inductee of the Alpha Epsilon Boule Sigma Pi Phi Fraternity, Inc., Irby was Past Sire Archon where he focused on Community Service and the Scholarship and Mentoring Program. Following in his father’s footsteps, Irby was a Grand Chapter Life Member of Kappa Alpha Psi Fraternity, Inc. with 62 years of membership.

As a father, grandfather, uncle and leader Irby will be remembered as a person who openly encouraged young people to get into their books and really focus on learning. With that same loyalty to learning, Irby held membership in all of his academic institutions’ alumni associations including the University of Texas Dental Branch Alumni Association and the Tuskegee Institute Alumni Association. His most  dedicated involvement was with Texas College.   Irby remained an active supporter of the Texas College National Alumni Association,  a past member of the Trustee Board of Directors at Texas College and a Texas College Dallas Metro Alumni Chapter member.  Irby and Staphalene regularly attended Texas College’s homecoming weekends and a host of local events throughout the years.  A generous donor, Irby received a Special Alumni award for his contributions to the ideals for which Texas College promotes.  In 2004, Irby was inducted into the Texas College Hall of Fame Wall of Achievers.

His church affiliation included Kirkwood CME where he serves as Steward.  Moving his church membership closer to home, Irby and his family attended Hamilton Park United Methodist Church where he was a part of the Education Ministry.  In the later 1990s Irby returned to the denomination of his choice, the Christian Methodist  Episcopal Church under the leadership of Dr. Jerome McNeil. As a member of the  Christian Chapel Temple of Faith CME, he  attended Christian Chapel regularly until health restricted his level of activity.  The current pastor is Dr. Vanessee J. Burns who lovingly embraced him during worship services.

To send flowers to the family or plant a tree in memory of Dr. Irby Hunter Sr., please visit Tribute Store
Friday
5
March

Share Your Memory of
Dr. Irby
Upload Your Memory View All Memories
Be the first to upload a memory!
Share A Memory
Send Flowers
Plant a Tree