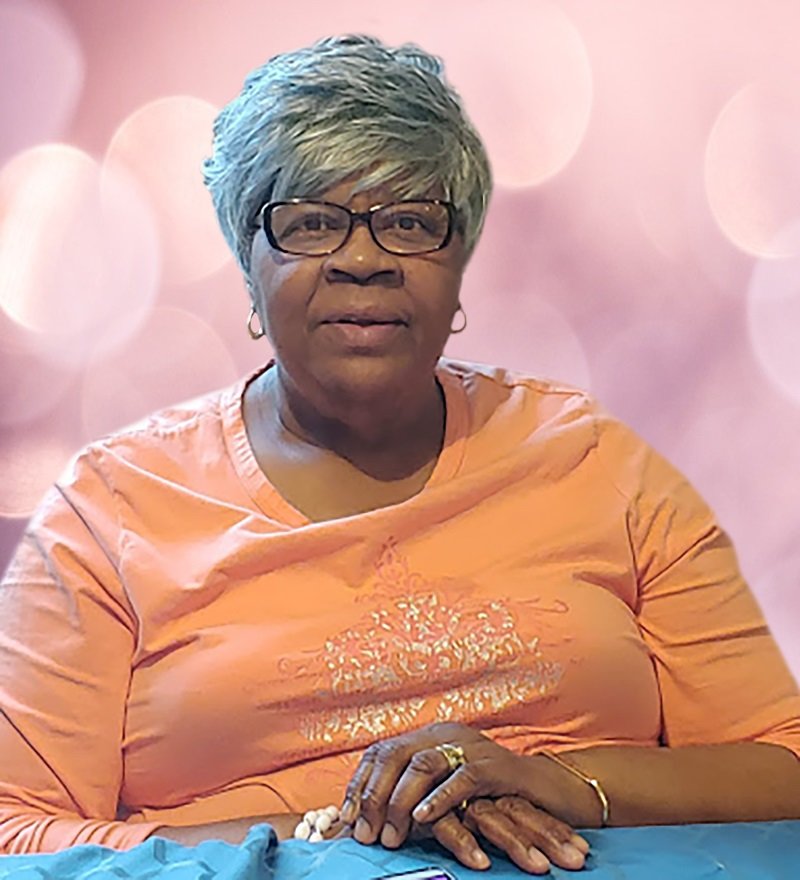 Today, we celebrate the life of a Christian woman, who was the greatest wife, mother, grandmother, sister, aunt, cousin, and friend.

Sister Irene Echols Turner was born in Columbia, MS on February 2, 1946 to Clifton Echols and Mae Ruth Hathorn Echols.  She was baptized and served as a member of Blue Springs C.M.E. Church at an early age.  Irene graduated from Marion Central High School.

Upon graduation, Irene moved to Grand Prairie, Texas and established a full life. She met and married fellow Mississippian Earnest Turner on July 26, 1969.  This union lasted for a span of 44 years. This marriage blossomed with the addition of three wonderful children and a step-daughter whom they adored and nurtured in the admonition of the Lord; namely Coretta, Gloria “Lisa, Earnest “Rell” and Inca Turner Stewart and six grandchildren: Keirra Fegans, Eriya Turner, Zihair and Zamya Douglas, Ethan Chatman, and Corrina Turner all within the Dallas area. Irene was preceded in death by her parents and husband.

Sister Irene found a church family at the New Jerusalem Institutional Baptist Church where she faithfully served as nurse guild member, choir member, and faithful member until her death.  She worked as a dedicated employee in the Semi-conductor industry employed by National Semi-Conductor Company.  Her beautiful spirit made her a cherished friend to many neighbors, ladies’ groups, and prayer groups.  Irene had a talent of drawing and she shared that gift by personally drawing flowers as her own special touch of love.  Her warm smile and gentle laugh will always be remembered.

Today we celebrate our Mom and Heroine. “You labored and fought to show us that you could, and you would until God called you to take your rest.”

To send flowers to the family or plant a tree in memory of Irene Turner, please visit Tribute Store
Tuesday
6
April

Share Your Memory of
Irene
Upload Your Memory View All Memories
Be the first to upload a memory!
Share A Memory
Send Flowers