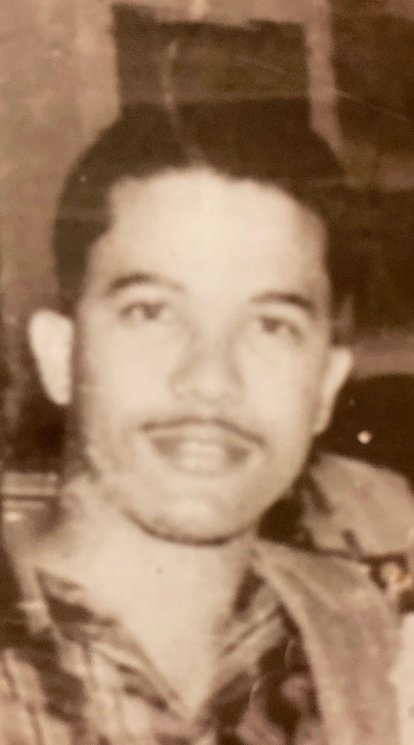 Joe Walter Nobles was born August 16, 1930 in Kaufman, Texas to the union of Gabe Nobles and Carrie Hill-Nobles-Malone and peacefully left his earthly remains on April 20, 2021.  Joe attended Booker T. Washington High School and left school at the tender age of 15 years old to join the military where he served in the U.S. Air Force from June 1946 to June 1949 in Greenville, South Carolina.  Joe’s decision to leave school to join the military at such a young age was not only to survive, but also, to secure a better life for himself and his future.   Afterwards, Joe married and had a son, Joe W. Nobles Jr.  He later married the love of his life, Marjorie Nell Smith and this union was blessed with 62 blissful years and 3 daughters, Linda, Tina, and Jeanna.

Joe loved his family immensely and also treasured working in his spacious yard.   He had a passion for working in the yard, from designing and planning how he wanted his yard to look each season to planting beautiful flowers, extensive landscaping, and building whatever was necessary to enhance his special yard.  It was his pride and he took special care in tending to it. Often people would stop by and take family pictures in front of his lovely flowers and manicured lawn. Joe even received special recognitions and various awards for his meticulous yard.

Joe was very loving, humble, compassionate and straightforward….never boastful, but worked very hard to provide and accomplish his goals for his family.  God, love, discipline, music, dancing and fun times were the foundation of his household. Joe loved to travel and sing and was affectionately called Billy Eckstine because of his debonair looks and rich baritone voice, which very few people had the pleasure of hearing. Joe was an avid reader and would read the newspaper intently. He would often cut out key articles to make sure his family was aware of what was going on in the world and would make sure in his “patient” way that his family read the articles. He loved politics and always was a leader in making sure his family voted and voted for the “least dog” as he would jokingly express.  Joe believed in education and eventually received his high school diploma.  His dedication was an instrumental influence in his family pursuing and receiving a college education. Joe was known not only for his love of family and his exquisite yard, but for his delicious big annual family 4th of July barbeque celebrations which he enjoyed preparing.  If you were fortunate to attend this celebration, you would receive lots of food, fun, family love and a fabulous time!  Joe was a dedicated member of the Progressive Baptist Church, where he faithfully served for many years. Additionally, he was also a member of the Couple’s Club of Dallas for over 20 years which he enjoyed along with his wife. Many lifelong friendships were developed and maintained.

Joe worked various jobs after his service with the U.S. Air Force. He was a mail carrier for the U.S. Postal Service where he was employed for 38 years and later retired on May 31, 1986. He was also employed at Atlantic Richfield Company and retired several years later. Joe received several accolades for his work ethics, tenured service and numerous accomplishments.

To send flowers to the family or plant a tree in memory of Joe Nobles, please visit Tribute Store
Tuesday
27
April

Share Your Memory of
Joe
Upload Your Memory View All Memories
Be the first to upload a memory!
Share A Memory
Send Flowers