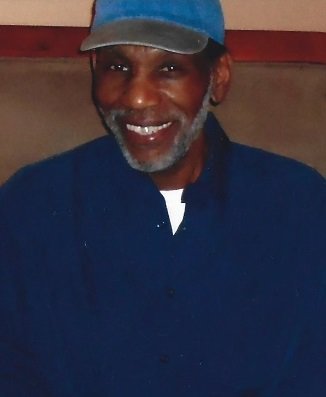 He was raised in church and attended Community Baptist Church with his family.  His trust and faith in God followed Edward throughout his life.  As an adult, he was baptized and became a devoted member of New Saint Paul Missionary Baptist Church under the leadership of Reverend M.L. Curry.

As a youth, Edward worked along the side of his father and developed the skills of woodworking and building.  The knowledge and skills of carpentry provided him with the ability to build, create and restore.  His talents allowed him the opportunity to provide multiple jobs of service to his family, friends and community.

Edward had a love for music; he enjoyed listening to his old school jams and gospel music.  His love for art has been passed down to his children and grandchildren.  One of his favorite past time activities was watching sports.  There were often times where we did not know which team he was rooting for or against; especially if the Cowboys were playing; but he always watched.  He enjoyed playing a good game of Chess; if he was ever lucky enough to find someone else who knew how to play.  Lastly, let us not forget his attention to politics and the ability to watch CNN repeat the same stories hour after hour.

In 1966 at the tender age of 20, Edward married his high school sweetheart, Mary (Jones) Jordan; which blessed their union with two children.

He leaves to cherish his memories: his children, Rodney, Angela (Tommy) and Felicia.  His grandchildren: Danielle, Rashad, Robin, Brittany, Jeremy, Deandre, Ro’Shawn, Rodney Jr., Jasmine, Markayla, Reese, Connor, Jaylen, Jessica, James and Kayla.  His great grandchildren: A’Maya, Za’Maiaya, Synasia, Jer’myah, Karsyn and LeDarion.  His sisters Helen, Joyce, Shirley (George), Tommie and his brother Larry.  The joy and pain of having such a large family; he was blessed with a host of nieces, nephews and cousins; too many to name but more to love.

To send flowers to the family or plant a tree in memory of Edward Jordan, please visit Tribute Store
Thursday
3
June

Share Your Memory of
Edward
Upload Your Memory View All Memories
Be the first to upload a memory!
Share A Memory
Send Flowers
Plant a Tree