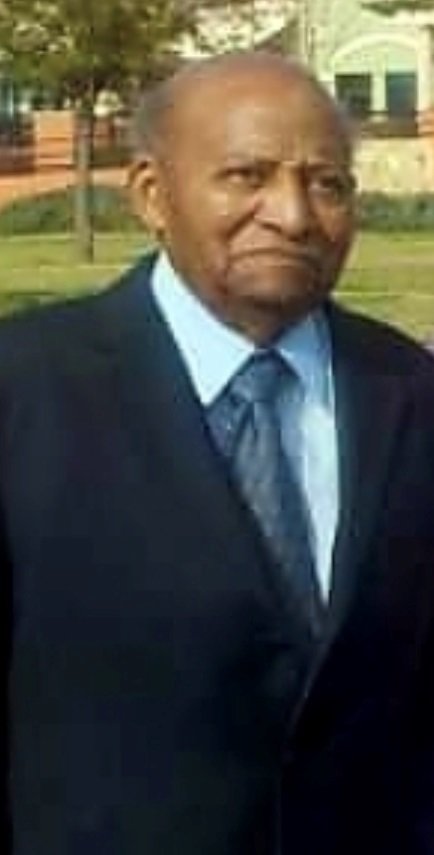 Praise our Savior, Jesus Christ and our Father for blessing us with more than 90 years in our earthly home with James Mitchell before calling him to his eternal dwelling.  James Edward Mitchell was born on September 5, 1930 in Winona Tx, to Ollie Connor Mitchell and Martha Butler Mitchell. He was affectionately known as Daddy, Brother, Uncle James and James to his family and friends.  James’ spiritual walk began at Mt. Zion C.M.E., which he attended throughout his childhood in Tyler, Texas.

James graduated from Jackson High School in Tyler, Texas.  He proudly attended and graduated from Prairie View A&M.  He also valiantly served and was honorably discharged from the United States Army.

James married Emma Jean Mitchell, and to this union one son was born, Vincent Keith Mitchell.  Following her untimely death, he married Gloria Dean Mitchell.  They were married for 31 years until God called her home, in 1998. To this union Dwayne Edward Mitchell was born.

James’s career journey started as an educator with the Dallas Independent School District.  He subsequently worked for the Veterans Administration.  James concluded his career journey with the United States Postal Service, where he worked for 34 years until retirement in 1991.  He received several service awards for exemplary work during his tenure with the US Postal Service while making lifelong friendships and acquaintances. In addition to his “old school” values when it came to work, James enjoyed fishing, hunting and working on cars.  James always expressed, in both word and deed, a deep and lasting commitment to his family and friends. He was loved and truly appreciated by everyone.

As the patriarch of his family, James was dearly loved and respected.  He will be deeply missed with the understanding that God called him home to a joyous celebration.

To send flowers to the family or plant a tree in memory of James Mitchell, please visit Tribute Store
Friday
18
June

Share Your Memory of
James
Upload Your Memory View All Memories
Be the first to upload a memory!
Share A Memory
Send Flowers
Plant a Tree