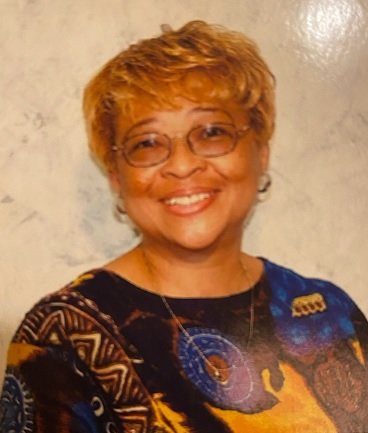 Wherefore, it has pleased the Almighty God to take from our midst His beloved servant, to a land where there is peace, love, and joy!

Eunice Diahann Davis Starkes, was born in Dallas, Texas to the parentage of Roy and Addie Ree Davis on February 4, 1947. At the age of 9 months, her mother passed away and she was affectionately raised by her grandmother Annie Laura Ford. She attended public schools in Dallas.

Diahann accepted Jesus Christ as her Lord and Savior at a very early age in the Church of the Living God. She was most recently a member of God Is Ministries where Apostle Jeanette “Tweedy” Thomas was her pastor and dear friend.

Diahann married her high school sweetheart, Charles Starkes on November 14, 1964, and to this union one son, Darius Charles was born. She also had three step sons, Reginald Simmons, Rossi Walter, and Nysahn Williams. Even though she had only one natural son, God blessed her with so many sons and daughters that she helped raise and educate in her children’s day care for over twenty years. She later became the principal of Metro Elementary -Honors Academy Charter School in Dallas until she retired. She also worked at Blue Cross Blue Shield of Texas.

Diahann lived her life as a testimony to her love for Christ and to her family.

To send flowers to the family or plant a tree in memory of Eunice Davis-Starkes, please visit Tribute Store
Wednesday
23
June

Share Your Memory of
Eunice
Upload Your Memory View All Memories
Be the first to upload a memory!
Share A Memory
Send Flowers
Plant a Tree