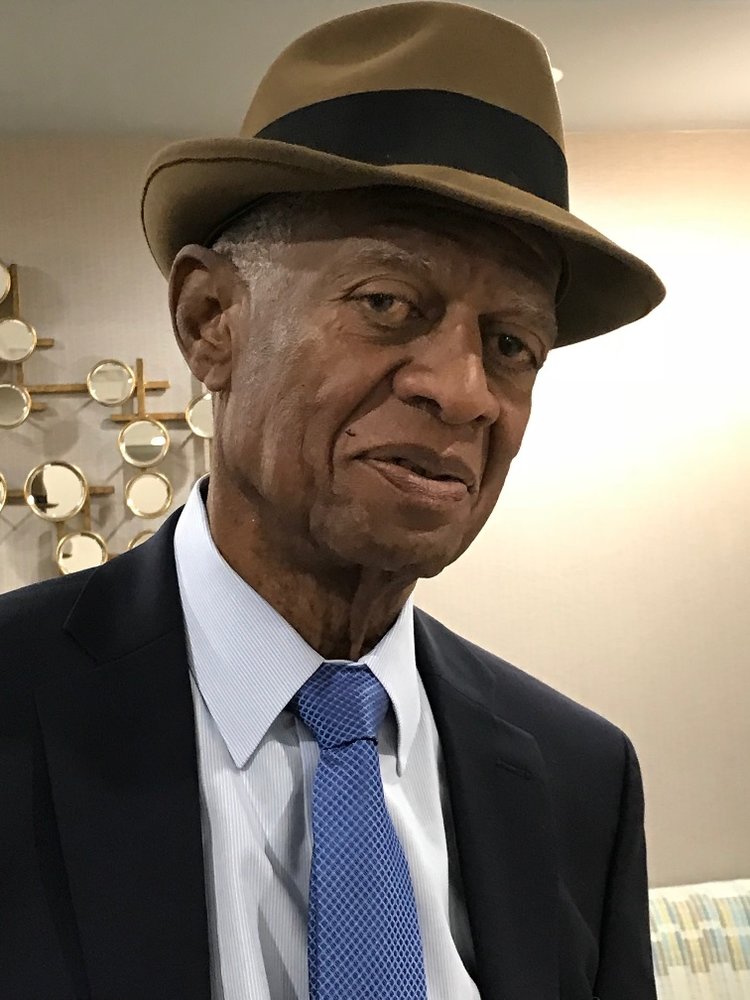 Lord, you have been my shepherd and everything I needed in my lifetime. As I walked through the fields of Vietnam, you were with me, you brought me home safely and with a sound mind. Throughout my life and even in sickness and now death, you were always my guiding compass and comfort. Truly your goodness and your mercy has been with me all the days of my life.

Forever In Our Hearts

William Travis Wallace was born in Chandler, Texas to Thomas and Carra Wallace on Monday, December 9, 1940. He was the third child of his parents and was affectionately known as “Wren”.

Wren graduated from Emmett J. Scott High School, Tyler Texas, Class of 1960 where he was a stand-out player in basketball. He attended Kansas State Teachers’ College, Emporia, Kansas (later named Emporia State University).  He was such an outstanding basketball player that he was invited to try out for the 1964 United States Olympic Team.

While in college, he became a proud first-time father to daughter, Sandra Ford. After graduating college in May,1964, he entered the United States Army in June,1965 and served a tour of duty in Vietnam.  Upon his discharge from military service in 1967, he began a career as a teacher and physical education coach in St. Louis Public Schools that continued for several years.

It was during this time that he married Saundra Brooks and started a family in which his second daughter Raqelle and first son Travis were born. Though he enjoyed his teaching career and the St. Louis Cardinals baseball, he proudly embraced entrepreneurship and became a licensed air conditioning contractor for over 25 years. The pursuit of this led him to Dallas, Texas where he joined his brother, “Sweet” at Wallace Heating & Air. Travis worked until the tender age of 77 years old before he retired due to failing health.  He truly enjoyed this profession and left his mark on many businesses in the Dallas/Ft. Worth area.

During his lifetime, Travis was honored by both Emporia State University (“ESU”) and Tyler Independent School District (“TISD”).  At ESU, he was a two-time, all-conference performer in men’s basketball.  He helped lead ESU to a 22-9 record and fourth place finish at the 1964 NAIA National Tournament as a senior.  In 2010, his 1964 team was inducted into the ESU Hall of Honor.  In 2016, he and his best friend, Theodore(“Doc”) Henderson were inducted into the TISD Hall of Fame. In 2017, he was invited back to ESU where he was inducted into the Hall of Fame and his number “24” was retired.

In 2007, he met his life partner Brenda “Tweety” King of Dallas and stepdaughter Candice.  Travis and Brenda traveled the world together and were inseparable and fully enjoyed the golden years of their lives.  While they only shared 14 years together, they both felt they shared a lifetime.

We all loved you, but GOD LOVED YOU BEST!

To send flowers to the family or plant a tree in memory of William Wallace, please visit Tribute Store
Thursday
12
August

Share Your Memory of
William
Upload Your Memory View All Memories
Be the first to upload a memory!
Share A Memory
Send Flowers
Plant a Tree