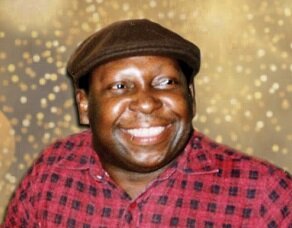 After graduating from Lincoln HS, he went on to attend college at Texas Southern University in Houston where he earned a bachelor’s degree Science in Electronic Technology.  After graduating from college, Ocie returned to Dallas to work at Kodak before starting his own Ocie’s Copier Service.  He later worked for the City of Dallas as a Water Technician until retirement!

Preceding Ocie in Death were his parents Ocie and Ollie Mae Johnson!

He leaves  to cherish his sisters Cassandra Woods, Patricia Ealy (Clarence Ealy) and Linda K Johnson!  Ocie is also survived by his two nephews, Harold Woods, and Cecil Woods (Jamie Woods) and loved his only niece KenDrea Mayes), his aunt Thelma Johnson and a host of family and friends!

To send flowers to the family or plant a tree in memory of Ocie Johnson Jr., please visit Tribute Store
Thursday
26
August

Share Your Memory of
Ocie
Upload Your Memory View All Memories
Be the first to upload a memory!
Share A Memory
Send Flowers
Plant a Tree