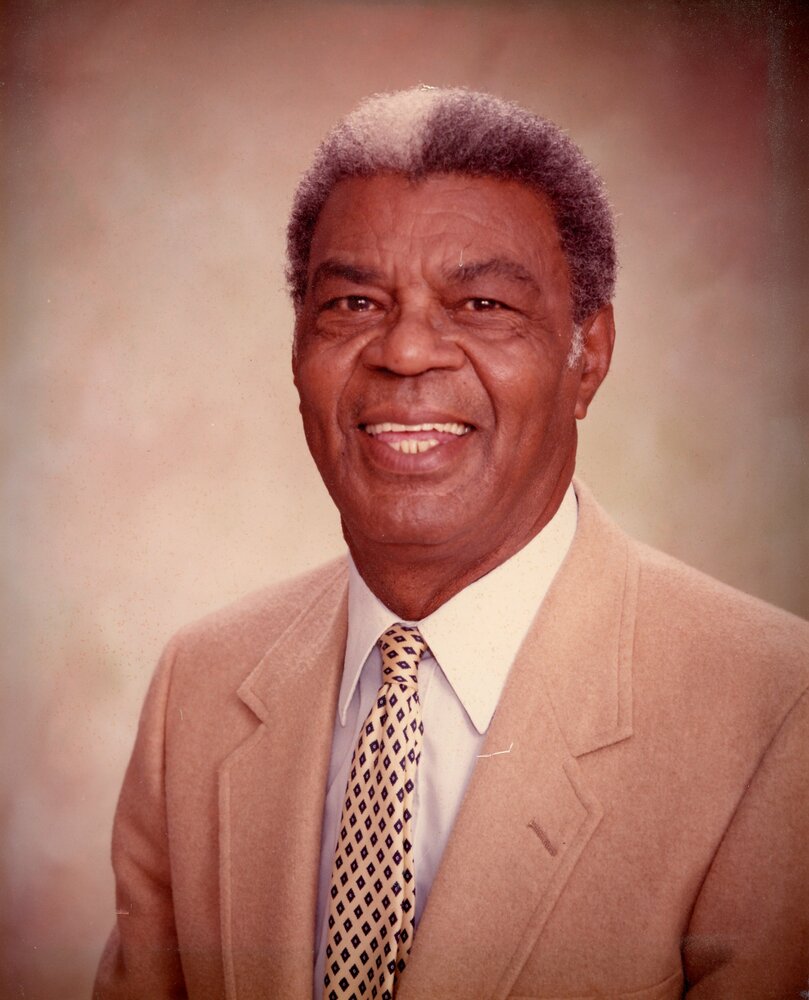 James Boney, 99, passed away Saturday, August 28, 2021 peacefully in the home that he loved in Dallas, TX. He was born in Calvert, TX to Charles and Agnorance Boney on November 19, 1921. He lived on the family farm with his parents, grandparents, two sisters, and one brother until about the 10th grade. He left Calvert, TX during the depression to join the Civilian Conservations Corp. (CC Camp) until he finished High School. He played football at both high schools in Calvert and Mexia Texas. He moved to Dallas, TX and was drafted into the Military (Army Air Corp.) After one Tour of Duty he was back in Dallas and soon married Mary Delle Allen, his wife for just short of 64 years. He was employed by AT&T from 1949 until he retired with perfect attendance in 1987. Retirement gave him more time with grandsons. They were with him almost daily during the summer months. He loved watching football, especially the Dallas Cowboys. He also loved playing Dominoes and tried to play every afternoon at the K. B. Polk Recreation Center. James grew up in the Baptist Church but later became Methodist. He served as Usher Board President at Porter CME Temple for several years before moving to North Park CME Church in the 1980's, which was closer to home. He remained a member there until his passing. James is preceded in death by his wife, Mary Delle Boney and son James Alfred, sister Clara, brother Posey. He is survived by his older sister Irene Bernadine(Bern) Baker, daughter Brenda Anthony and Belinda Thompson. Also sharing his memories are grandsons Michael Anthony, Marcus Anthony (Eugenia) and Vincent Thompson. His great grandsons Taylor and Tycen Thompson. His great granddaughters, Jasmine and Jordan Anthony; nieces Katrina Bias and family; Sondra Fountain and family; Roscoe Davis, wife, and family. Thank you to all who kept us in their thoughts and prayers during the past few years. Special thanks to his Special Aide Natasha Jackson who was so patient and kind to him. The family will be forever grateful.

To send flowers to the family or plant a tree in memory of James Boney, please visit Tribute Store
Wednesday
1
September

Share Your Memory of
James
Upload Your Memory View All Memories
Be the first to upload a memory!
Share A Memory
Send Flowers