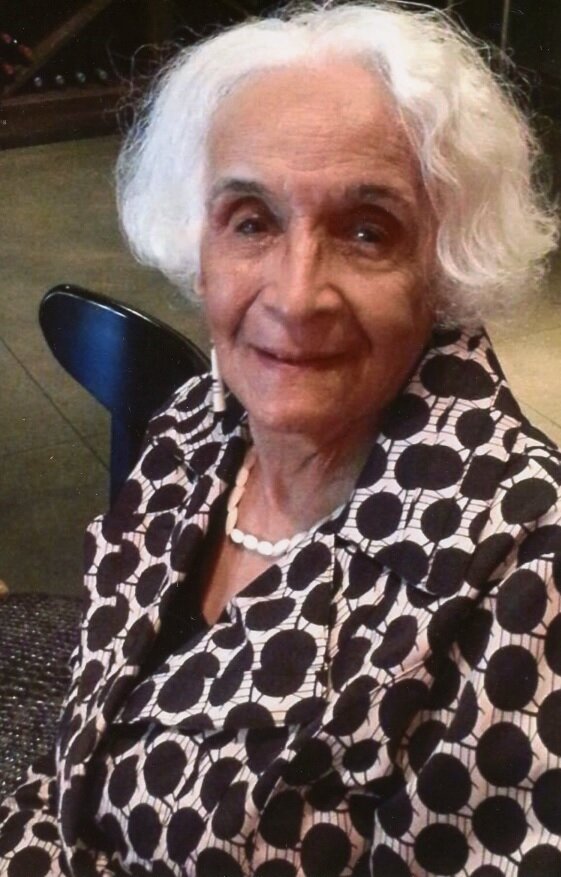 Eva Catherine Partee McMillan was born May 7, 1921, five minutes before her twin, Neva Partee, and was the seventh of eight children born to Joseph Chavis Lee Partee, Jr. and Mary Rebecca Sowell Partee in Bradford, Tennessee.  Her parents were descendants of the former enslaved who reconstructed the farming community after the Emancipation Proclamation. Their mother died several months after the twins were born and their dad lovingly raised his children as a single parent. She attended Mt. Zion Elementary School and Mt. Zion Colored Methodist Episcopal Church.

On January 1, 1930, the family moved to the White Rock community, in Far North Dallas, and joined Christian Chapel Colored Methodist Episcopal Church. She attended local public schools and graduated from Vickery High School on Coit Road, in 1938. After graduation, they moved to the city of Dallas in Freedman’s Town, where she attended Phillips Business School.

On May 15, 1941, she married Marion E. McMillan, Sr., in Dallas, and later moved to Rolla, Missouri where he was stationed in the U.S. Armed Services. When the couple returned, he became pastor of St. Luke Methodist Episcopal Church, now St. Luke United Methodist “Community” Church.

As a young wife and mother during the early 1940s, she was affiliated with Dallas’ social, civic, political, church and school activities. In the North Dallas Freedman’s Town, her brother “A.C.” was Executive Director of the Dallas Progressive Voters League.  Under his supervision, Mrs. McMillan began her work as an election clerk who also registered voters and collected poll tax.

During the 1960s and 1970s, she became an activist and an organizer in the Civil Rights movement and served on city, county, state, and national boards, where she was fondly referred to as “Mama Mack”. With others, she co-founded the Dallas Black Women United Front (BWUF), the BWUF Food Co-Op, People United for Justice for Prisoners (PUJP), the Anti-Klan Network, the Dallas Anti-Apartheid Coalition; the Anti-Death Penalty Coalition; and participated in other civil rights organizations.

In 1975, Mrs. McMillan was elected and served two terms as President of the Southern Conference Educational Fund (SCEF), in Louisville, Kentucky and in Atlanta, Georgia.  She also served on several other national boards and was a member of the American Women’s Delegation to the People's Republic of China in 1975.

For sixty years, as a member of St. Paul United Methodist Church, she served on many boards and committees. In 1995, she was honored with the Community Service Award.

From 1990 to 1994, she served on the Dallas Citizen’s Police Review Board. From 1994 to 1998, she was a member of the Dallas Municipal Library Board.   In 1991, the Junior Black Academy of Arts and Letters (TBAAL) presented her with the Distinguished Dallas Black Living Legend award. She served as Executive Director and writer of family history for Black Dallas Remembered, Inc. for several years, and was the recipient of the National Council of Negro Women Minnie H. Goodlow Award for Civic and Social Service in 2003.  In 2004, she was honored by the Third Eye Conference.  In 2013 she received the Dallas Peace Center Award for Lifetime Achievement.   She was affiliated with the Dallas Genealogical Society (DGS) and the African American Genealogical Interest Group, (AAGIG).

In 2005, Mrs. McMillan reunited with the church of her childhood, Christian Chapel Temple of Faith.

With great pride, she gives thanks to her four children especially for their love and care, and for their contributions to humanity.

To send flowers to the family or plant a tree in memory of Eva McMillan, please visit Tribute Store
Tuesday
5
October

Share Your Memory of
Eva
Upload Your Memory View All Memories
Be the first to upload a memory!
Share A Memory
Send Flowers