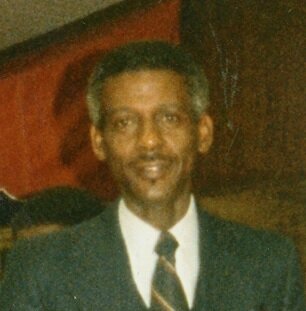 He was a faithful member of the Pleasant Hill Missionary Baptist Church, where he sung in the Male Chorus, served as a member of the Hospitality Committee, and worked in the Food Bank.

In his professional career he worked for Coca Cola, Pepsi, Schepps Dairy and Southwest Freight. Once he retired, he still wanted to be active and be of service to someone so decided to become a school crossing guard for All City Management Services, where he was able to meet people and help children to cross the street safely after school.

Because of his love and passion for golf, he entered and played in the Senior PGA Championship in 1990 and 1993.

To send flowers to the family or plant a tree in memory of Searcy McMullen, please visit Tribute Store
Wednesday
13
October

Share Your Memory of
Searcy
Upload Your Memory View All Memories
Be the first to upload a memory!
Share A Memory
Send Flowers
Plant a Tree