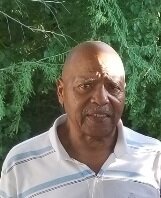 Robert Lee Ragland was welcomed to his new heavenly home on Sunday, October 17, 2021, following a lifetime of love which began on December 10, 1938, when his parents, Lizzie Russell Ragland and Sim Ragland were blessed with his birth in Marshall, Texas. Robert received his education in the Dallas Public Schools and was a graduate of James Madison High School class of 1957.  Robert spent a short stint in the United States Army and relocated to California. There he met and married the love of his life, Nina Ethel Gordon. They enjoyed 57 wonderful years and to this union 4 children were born.

Robert relocated to Dallas Texas in 2005 after retiring as a Senior Vice President  of The Dutch Company to be close to his family roots.  He enjoyed playing golf and spending time with his family. He spent time in his earlier years instructing others how to play golf and raising his grandson Brandon to be an excellent player and lover of golf as well.  He was the epitome of a man to his family. Robert always greeted you with a smile and a joke. He was known to his family as “Pops”

To send flowers to the family or plant a tree in memory of Robert Ragland, please visit Tribute Store
Friday
29
October

Share Your Memory of
Robert
Upload Your Memory View All Memories
Be the first to upload a memory!
Share A Memory
Send Flowers
Plant a Tree