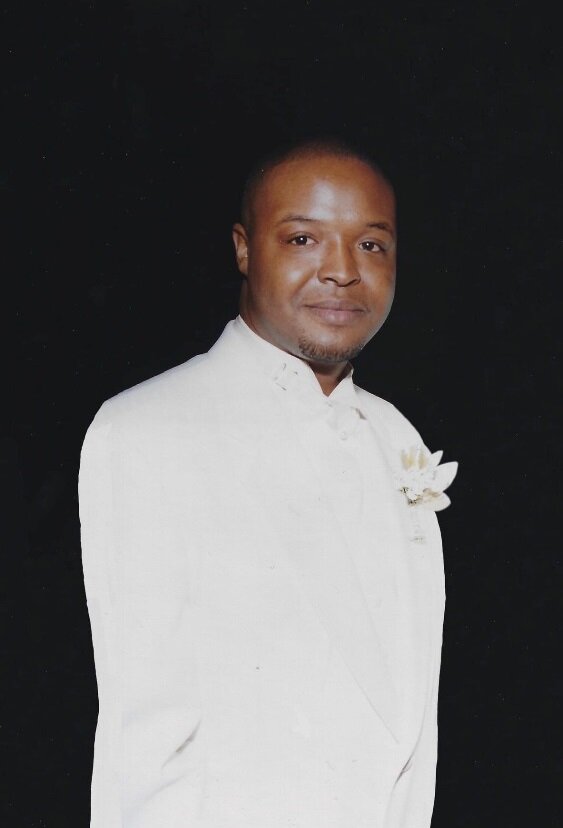 Romel Martez Miller was born September 13, 1978, in Tulsa, Oklahoma. He was raised by his parents, ReTrina and Walter King. He moved to Dallas, Texas while still a young child in 1988 and was affectionately known by his family as “Doodie.”

He graduated from Bryan Adams High School in 1997 and continued studies in accounting in college until he found his passion for computers and networking. He later attended ITT Technical Institute where he received a degree with highest honors in Information Technology and Computer Networking Systems. He received distinctions and certifications as a Linux Certified Professional and an Oracle Database Certified Professional. For many years he worked at the Omni Hotels in Dallas, and he was well known for being Kind and helping others.

Romel married the absolute love of his life and high-school sweetheart, Tamara Nicole in 2003. This union was blessed with 3 beautiful daughters, Melanie Miller (21), Sydney Miller (18), and Tiffany Miller (16).  Romel loved his wife dearly and supported her in everything she did. He was adamant about being a provider for his family and there was nothing he would not do for them. He joined Concord Church in 2013 with his wife and children. One of his proudest moments was seeing Melanie graduate from UCLA. He loved being a “girl -dad” and he never missed a game for any activity his girls were involved in. He would often tell them “It aint happening” if they were asking for things only to later turn around and give in every time. He said on numerous occasions that he had everything in life that he ever wanted, and he found the perfect partner to share it with.

He was an avid traveler and sports enthusiast. His family often traveled and tried foods in different cities and countries that he saw on the Food Network or Drivers Diners and Dives. If you wanted to know anything about College Football, ask Romel. He was and OU Boomer Sooner diehard fan and his “mancave” depicted his love for his hometown team. He never missed a game and his mood afterwards let you know if they won or loss. He was an amateur sports analyst and besides college football, he loved all things track and field. But he loved antagonizing any Dallas Cowboys fan, including his wife and daughters. He was not a fan of America’s team; he would often joke. To his neighbors, he was known as the caring, genuine and kind person who took the time to help whenever needed the most.

Romel went to be with the Lord on January 13, 2022, surrounded by his family. He lived a fulfilling life, and his soul is now resting peacefully with the Lord.

To send flowers to the family or plant a tree in memory of Romel Miller, please visit Tribute Store
Thursday
20
January

Share Your Memory of
Romel
Upload Your Memory View All Memories
Be the first to upload a memory!
Share A Memory
Send Flowers