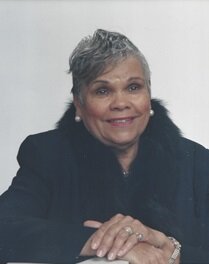 Harriett Barnes Robinson was born in Grapeland, Texas on February 8, 1925. She was the youngest child of Lucy Barnes. Her siblings included Guy Barnes (brother), Dorothy Barnes (sister), and Allene Jones (sister) all of which are now deceased.

Harriett’s purpose on this earth was completed on March 9, 2022, at 3:15p.m. in the home of her daughter, Gay Terry in Hampton, Virginia. She was surrounded by family and love. As a teenager, Harriett and her family moved to Dallas, Texas. She continued her education in Dallas and graduated from Booker T. Washington High School. Not long after moving to the “Big City” she met the love of her life and soulmate, Milton James Robinson. In August 1947, the two were united in marriage. It was truly a match made from heaven. Milton called Harriett “Sugar”, and Harriett called Milton “Honey”. They were inseparable and married 50 + years….” until death do us part.” God blessed this union with three beautiful children: Gay Carol, Milton James Jr., and Jimmie George.

Over the years, Harriett always maintained a strong and devoted relationship with God and her associated church. When first moving to Dallas, the family joined Good Street Baptist Church. After her marriage to Milton is when she united with him at St. James A.M.E. Temple and has been a faithful member 73 years. As a member at St. James, Harriett began to blossom and spread her wings.

She served the church in many different capacities: Class leader, Missionary Society, Sunday School, Miss St. James (queen), and church decorator. Perhaps one of her biggest contributions to the church members of St. James and her family were the many, many Sunday dinners held at the home of Harriett and Milton. It was not uncommon to find the house filled with joyful and hungry churchgoers, waiting to get their hands on some of her famous squash casserole, chicken and homemade dumplings, hen and her extraordinairy cornbread dressing, oxtails, or toe tapping delicious peach cobbler (crust made from scratch). Harriett’s culinary skills made her a special treasure amongst her employers in Dallas, including the Simkins, Holman, and Fitzgerald families. Over the years,

Harriett was a servant and caregiver to many including her family, and she did it with an infectious smile. Her work on this earth truly speaks for itself. Harriett’s favorite pastime activities were reading her bible daily, being with and talking to her family, decorating her home, planting flowers, and working in her yard.

To send flowers to the family or plant a tree in memory of Harriett Robinson, please visit Tribute Store
Saturday
26
March

Share Your Memory of
Harriett
Upload Your Memory View All Memories
Be the first to upload a memory!
Share A Memory
Send Flowers
Plant a Tree