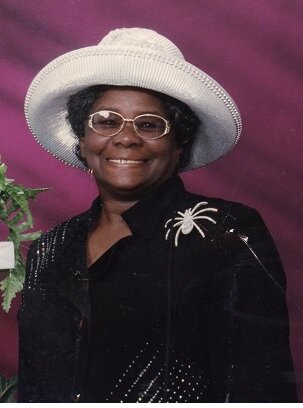 She received her early childhood education at the Fairview School in Reklaw, Texas.

In 1954, she came to Dallas, Texas, and in July of that same year, she united in holy matrimony to the late Franklin Boyd. To this union three children were born: Debra, Kilven, and Kenneth.

On February 10, 1968, she met and married the late Vernell Thompson. To this union two children were born: Marcus and Stetron.

Loistene was employed by the Republic National Bank for twenty-seven years. After retiring, her heart for looking out for the well-being of children was ignited, as she became a foster parent, and a school crossing guard.

In her early years, she was a very devoted person, and served faithfully as a member, and chairperson of many positions at the Homeland Street Missionary Baptist Church under the Pastorage of the late Rev. T.R. McNealy. She later became a member of Pentecostal House of Prayer under the Pastorage of the late Willie Hendrix. Her love for God and for His word created in her an insatiable appetite for more knowledge of God and His will for her life. Further studying to show herself approved unto God, she enrolled in the D. Edwin Johnson Bible Institute, along with other members of the church, and to continue to further her spiritual education, she enrolled at the Southern Bible Institute of Dallas.

She leaves to cherish her memories: a loving, caring, and devoted daughter, Debra (Emanuel); loving, caring and devoted sons, Kenneth (Amanda), Marcus (Bridget), and Stetron (Kim); a sister-in-law, Jean Punch; , a brother-in-law, Perry Wilson; four grandchildren, Corey, Keitron, Natasha, and Karen; a number of great nieces and great nephews, stepchildren, and a host of many other relatives and friends.

To send flowers to the family or plant a tree in memory of Loistene Thompson, please visit Tribute Store
Friday
8
April

Share Your Memory of
Loistene
Upload Your Memory View All Memories
Be the first to upload a memory!
Share A Memory
Send Flowers
Plant a Tree