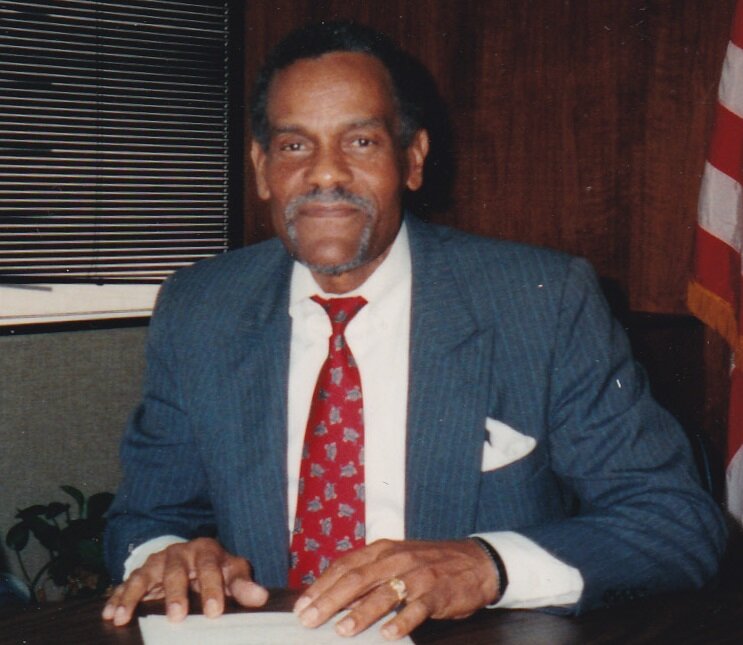 On Tuesday May 3, 2022, Paul Stanton Thomas, loving husband, and father of two children, passed away at the age of 89.

Graduating from Central Highschool in Galveston, He was active in basketball, Class Manager, and other clubs. He also worked after school at his father’s barber shop and at Star Drug Store where he worked his way up from dishwasher to supervisor. Paul went on to Prairie View A&M University where he earned his Bachelor of Science in Education in 1955 and proceeded to receive his Master of Science as well.

Paul’s time at Prairie View A&M was a keystone in his life, as it was there where he met the love of his life, Kay Frances Jones. Paul and Kay were united in holy matrimony on August 24, 1957, and thereafter were blessed with two children, Karen, and Trent.

Paul dedicated his professional life to the service and empowerment of others. He instructed students in both the Galveston and Dallas Independent School Districts for many years. In addition, he found himself serving as Placement Director at Bishop College. However, Paul was ultimately employed by the federal government from which he retired in the early 90’s as an Equal Opportunity Manager in the Health and Human Services Department.

Always having a passion for helping people, he was extremely active in his local community and dedicated his personal time to mentoring and guiding youth to “Be all they can be.”  He was actively involved in the Boy Scouts of America where he held various titles with the organization including Director of Camping, Circle Ten Council member, Scouting Coordinator of Pack and Troop 992 sponsored by St. John Missionary Baptist Church, West View District Vice-Chairman and District Chairman. In 1978, he received the District Award of Merit and Silver Beaver Award from the West View District of the Circle Ten Council, on behalf of the National Court of Honor, Boy Scouts of America.

Paul founded Thomas and Thomas Associates which specialized in providing Christian leadership training, organizational behavior, and garnering parent involvement. In his later years, he implemented active and enduring after-school and summer programs in collaboration with neighborhood churches, schools, Project 75216 and city of Dallas Park and Recreation Department. The program involved upwards of 350 youth, ages 5 – 17. He also implemented community programs to assist youth with meeting school and life goals. Operation Safe was born out of Paul’s desire to eradicate fear, hopelessness, and lack from the lives of the young people he encountered.

Paul was an active member of St. John Missionary Baptist Church of Dallas, Texas, where he served faithfully in the capacities of Deacon Board Chairman, Youth Director, trustee, Bible study teacher, choir member, youth basketball coach, coordinator of the Operation SAFE outreach ministry and other ministries of the church.

His service in his local community included being on the Board of Directors of Highland Village Apartments, named Chairman of the North Texas Government Recruiting Council, holding the prestige title of President of the Prairie View Alumni Association, and finally being a member of Kappa Alpha Psi Fraternity Inc.

To send flowers to the family or plant a tree in memory of Paul Thomas, please visit Tribute Store
Friday
13
May

Share Your Memory of
Paul
Upload Your Memory View All Memories
Be the first to upload a memory!
Share A Memory
Send Flowers
Plant a Tree