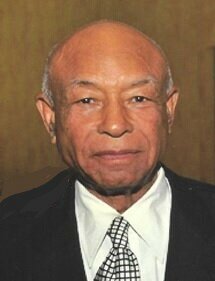 Please share a memory of Deacon Eldridge to include in a keepsake book for family and friends.
View Tribute Book

Deacon Eldridge E. Armstrong was born November 27, 1927,  in Kerens, Texas, to the parentage of Mr. John D. and Mrs. Willie Douglas Armstrong. He was raised and attended school in the    Kerens School District .

He acknowledged his faith at an early age and was baptized at the Samaria Baptist Church in Kerens, Texas.

Eldridge married a home town girl, Armethia Jimmerson on September 4, 1948, and He was blessed with 4 children; 2 boys  and 2 girls.

Upon moving his family to Dallas, Texas, he found employment    with Cecil Carr Construction Company where he retired after 40    plus years of service. He and his wife Armethia enjoyed raising their children and grand children. He later worked for a number of years as a school crossing guard for DISD.

Eldridge joined Munger Avenue Baptist Church where he served until he decided to return back to his roots. He moved to Powell, Texas and joined New Hope Baptist where he  met  and married Mrs. Viola Bradford on November 6, 1999, who preceded him in death. While at New Hope he served with the Deacon Ministry, Usher Board and assistant Sunday School Teacher until his health fail.

To send flowers to the family or plant a tree in memory of Deacon Eldridge Armstrong, please visit Tribute Store
Friday
13
May

Share Your Memory of
Deacon Eldridge
Upload Your Memory View All Memories
Be the first to upload a memory!
Share A Memory
Send Flowers
Plant a Tree