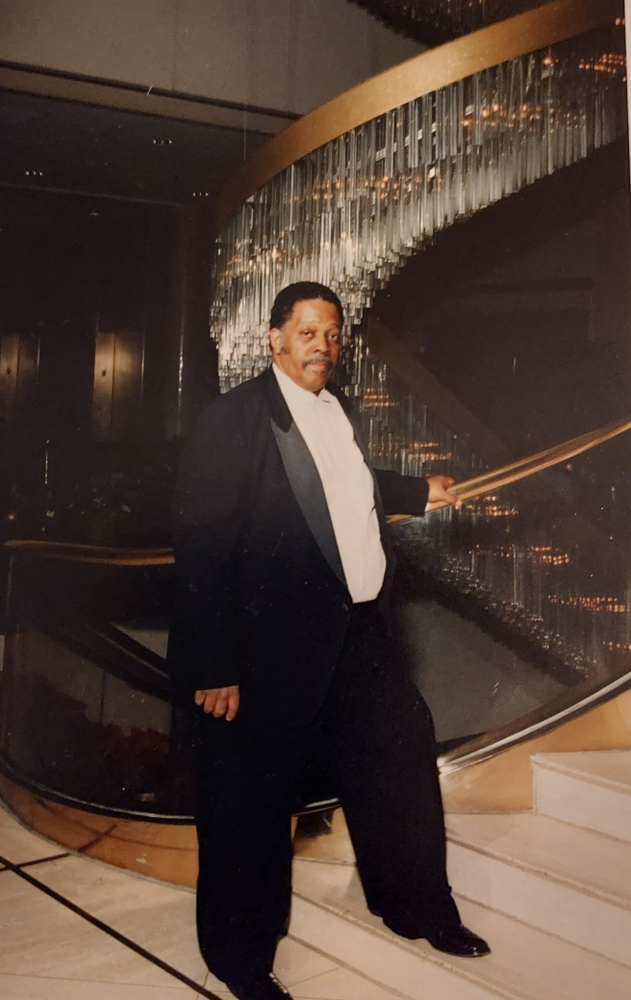 Reginald Charles Reeves was born to the parentage of Billy Reeves & Ethelyn Reeves (nee Isaac) on Friday, May 21, 1954 in Dallas, Texas.

He was the second of three children.

Reginald grew up in a loving home with his sisters Regina and Cheryl. He was affectionately called "Reggie" by family and friends. Brilliant, charismatic, confident, courageous, entertaining, passionate and persistent are some of the words used by others when describing Reggie.

While attending Roosevelt, Reggie's passion for science led him to start a Science Club with three of his friends. He was a member of the school band and the Student Council. Reggie was one of theTop Two science students at Roosevelt High School and voted Most Studious by his graduating class. Reginald was 4th in Roosevelt High School graduating Class of 1972.

On September 16, 1973, Senior Bishop and Founder Bishop Earl Evans appointed him Assistant Pastor of the Headquarters Church in Dallas, Texas. He was later ordained an Elder at age 19. In addition to serving as the Assistant Pastor, Elder Reeves played the saxophone and baptized new members. He was also Sabbath School Superintendent and Asssistant State Overseer of the State of Texas.

Elder Reeves researched, wrote and compiled "A Collection of Scripturally Based Documents of "What The Founder Taught" "According to the Word of God as recorded in the Holy Scriptures by holy men of God". This compilation emphasized the Free Church's doctrine of Baptism in Jesus' Name and Seventh Day Sabbath.

Reggie was hardworking. In his preteens he had a newspaper route and as a teenager he worked at local restaurants and grocery stores. After graduating, Reginald began working at The Federal Reserve Bank of Dallas. His first position was in the Cash Department, where he was responsible for destroying currency that is to be taken out of circulation.

After leaving the Federal Reserve Bank, Reginald decided to focus on his photography business full time. In his later years, he was employed by Exela Technologies, where he worked until his health failed him.

To send flowers to the family or plant a tree in memory of Reginald Reeves, please visit Tribute Store
Friday
24
June

Share Your Memory of
Reginald
Upload Your Memory View All Memories
Be the first to upload a memory!
Share A Memory
Send Flowers
Plant a Tree