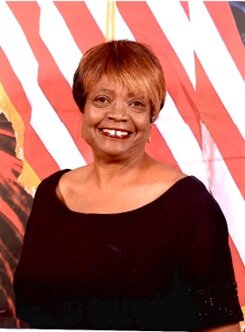 On November 19, 1951, Charles Edward and Lora Lee Mays welcomed their 8th child, a baby girl, in which they named Estella.

Estella received her formal education in Chilton, attending Fredrick Douglass Elementary and Middle Schools. In 1970, she graduated with honors from Chilton High School. She went on to attend Texas Woman's University, earning a Bachelor of Science degree in Social Work in 1973. Estella took pride in being the first granddaughter of Robert and Louisa Wrighter to receive a college degree.

After college, Estella took a 3-month job assignment in Washington D. C. with Peace Corps which lasted 37 years. Working with Peace Corps afforded her the opportunity to live in several cities across the country and travel around the world visiting several different continents. By 1987, Estella decided to make Dallas, Texas her home. While in Dallas, she became affiliated with St. Luke “Community” United Methodist Church. There she was an active member of several organizations including the United Women in Faith; Creative Arts Ministry; Community Engagement and Missions, serving food to members of the community; and the Higher Education Ministry, chaperoning high school students on many college tours offered through the church. She also took multiple Bible Classes including “The Disciple Series.” She was also a member of the Bookstore Ministry.  Keeping her home roots close, she returned each year to St. Paul in Chilton to volunteer with the Vacation Bible School, furnishing all the gifts and prizes. As the go to baker of the family, Estella would bake and donate homemade cakes and brownies to the Green-Wrighter Family Reunion, and any other family or church function that would accept them. One thing about Estella, she never tasted anything she baked, she simply enjoyed the act of giving but each cake had to be PERFECT.

At the time of her passing, Estella was a long-term substitute teacher for Skyline High School in Dallas ISD.

Estella was preceded in death by her parents, Charles and Lora Lee; three brothers, Charles Jr., Robert and Morris; and three sisters, Bobbie, Ella and Marilyn.

Estella made her transition to HEAVEN on Tuesday, July 12, 2022. She answered the call of her Lord and Savior and was reunited with her departed loved ones.

To send flowers to the family or plant a tree in memory of Estella Mays, please visit Tribute Store
Friday
22
July

Share Your Memory of
Estella
Upload Your Memory View All Memories
Be the first to upload a memory!
Share A Memory
Send Flowers
Plant a Tree