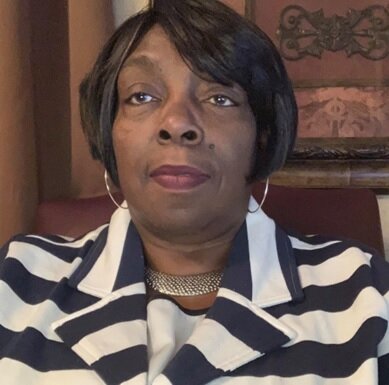 Please share a memory of Mary to include in a keepsake book for family and friends.
View Tribute Book

A LIFE WORTH LIVING

Born Mary Ella Washington to Hilliard and Ella Ree Mosley Washington, in Petersburg, Texas October 21,1953; she was reared in Plainview, Texas.  She was saved at 8 years old while attending Givens Chapel. Her family relocated to Corpus Christi, Texas in 1966 where she spent the remainder of her teen years, attending Robert Driscoll middle school and Solomon M. Coles high school. She was preceded in death by her father Hilliard Washington, Mother Ella R. King, (3 brothers) Norman Washington, Hilliard Washington, & William Washington, and (1 Sister) Doris Billups. She met, fell in love with and married Navy Airman Ernest Dinwiddie Jr in 1969, that union gave birth to a clan of three beautiful children over the next 4 years; Sha’ree Denise, Steve Dwayne, and Sophia Dorene whom she referred to as her pride and joy. She believed that children were like arrows in the hand of a strong man (Psalms 127:4 and often raved about how God had helped her to rear her children with His guidance, even when she didn’t know how.

Relocating to San Antonio in 1976, her taste of the big city opened doors she had only dreamed about… community activism, entrepreneurship, fashion/design, and a new and loving relationship with Jesus Christ; each having its own pull on her busy life. Life was good, better than she had ever known it; and at 32, on the brink of achieving her earthly dreams; God called her to Him. He assigned her to Anderson Temple COGIC (Dominion) under the tutelage of the Pastor Geoffrey Stirrup, now Bishop. She remained a faithful member, being active in every facet of the Ministry for ten years and until December 1996 when she received her next assignment (during a watch night shut in) to be in Dallas in February 1997. Obediently, she forsook ALL to follow the Lord; closed shop and was in Dallas on February 26, 1997! She calls this move her “Abrahamic Experience”. Her assignment took her to Abundant Life COGIC with Superintendent Everett Jones where she served and ministered to the people without fail for over a year, with a five-year tenure. Through that Ministry beginning in 1999 she first went LIVE on air to North Texas Christian listeners at KGGR 1040 gaining public notoriety for heralding the Gospel of Jesus Christ as Sister Mary~ Her “work for God” as she coined it, took her to homeless shelters, nursing homes, street ministry, evangelism at various churches, internet ministries, social media ministry, fellowship outreach, and ministry/church.

Mary received her pastoral anointing and assignment from God to Pastor in 2001 and began her journey with a membership of five in 2002 with the help of the Lord. Her missions were sometimes difficult, sometimes dangerous, and sometimes discouraging; however, she often declared she was more than a conqueror through Christ who strengthened her; therefore, she was always triumphant, with the help of the Lord. Her appointment to Pastor in the Churches of God in Christ came January 21, 2017, under the leadership of Bishop Reginald L. Williams, prelate to the Texas Metropolitan Ecclesiastical Jurisdiction. Pastor Mary would humbly encourage others to keep their mind stayed on Jesus and He would keep them in perfect peace. This peace she embraced and is now emerged in as she is absent from the body, in the presence of the Lord.

To send flowers to the family or plant a tree in memory of Mary Washington, please visit Tribute Store
Thursday
4
August