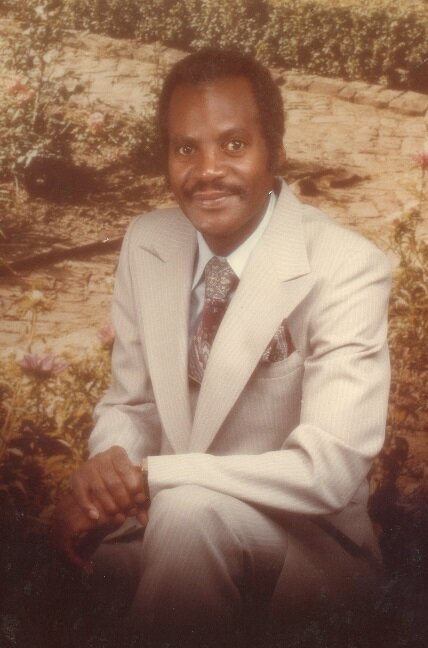 Please share a memory of Marion to include in a keepsake book for family and friends.
View Tribute Book

Marion “Henry” Clay passed away peacefully at age ninety on Saturday, October 1,  2022, in DeSoto, Texas. He was affectionately known as Henry.
Born on November 27, 1931, in Wichita Falls, Texas, to the Union of Arzilla Tucker Clay and Samuel P.  Clay, Henry was reared in Wichita Falls where he completed his primary education as a graduate of Booker T. Washington High School. Despite the difficulties of growing up during the Great Depression, Henry spoke fondly of formative years and the close bond he enjoyed with family, community and church where his lifetime core values of kindness, generosity, resilience, love of family and service were instilled.  Henry credited his strong work ethic to his mother Arzilla who he watched as a single mother work two jobs while rearing and supporting her family of four. He recalled learning from his brother Tucker how to put together a shoe shine box. The pocket money he earned shining shoes at the bus station supported simple childhood pleasures like movies, candy and ice cream.

Upon completion of high school, Henry attended Prairie View A&M University in Prairie View, Texas. His college days were interrupted when he was drafted to serve in the Korean War despite his status as an active college student.  He remarked that he never understood how this occurred, although he was aware that it happened to other black male college students. Henry served in the United States Army from May 1953 to May 1955. He was awarded the National Defense Service Medal, United Nations Service Medal and the Korean War Service Medal.

After returning from the Korean War, Henry returned briefly to Wichita Falls.  He moved to Dallas, Texas in the late 1950’s and lived in the Dallas Metroplex for almost 70 years. He was known for his intelligence, work ethic and resilience.  He simply didn’t stop until he reached his goal. He worked for a number of Dallas based companies and spent 12 years working for Sunshine Mining, retiring from the company in his late seventies. A gracious gentleman, Henry was known for his neat and stylish dress, finished with one of his signature hats and polished shoes. All who knew him spoke of his gently kind nature. He never spoke a harsh word to anyone.  He did not like discord and often remarked he did not understand why people didn’t just try get along. An attentive listener, he was genuinely interested in the well being of his friends and family and always offered an encouraging word.

A caring and devoted brother, he visited his brother Tucker almost daily until his transition. He was also a calming presence for his sister-in-law, Betty during her illness. He spent as much time as he could with his sisters, Dimple and Bessie during their illnesses.

Henry was a cherished and beloved uncle. His brother’s children have many fond childhood memories of special outings that included the zoo and special lunches where he made them feel loved and a part of the family. His attention, love and care of his nieces and nephews continued into their adulthood. He was a steadying presence of support and advice, always showing up when needed and stopping in for visits.  Always standing tall, handsome, regal and dapper with a beautiful smile. He showed up on college campuses to visit and to support with any money he could spare.

He helped with first car purchases and took the time to drive you around to ensure that you were aware of the best routes to work and neighborhoods to avoid. He warmed our hearts with his praise and pride in our accomplishments.
Henry was preceded in death by his parents, Samuel P. and Arzilla; sisters, Aurora “Dimple” Alamon, his twin sister, Emily (Bessie) Woodard; and brother, Earnest Tucker Clay; and nephews, Michael Masters and Ronald Clay.
Henry is survived by his nephews and nieces: Gladys “Faye” Cartwright, Rosalyn Johnson, Titus Woodard, Mark Woodard, Kerry Woodard, Shanelle Clay-Conley, Diane Clay Williams, Earnestine Clay Littlejohn, Patricia Clay Martin, Keith Clay Sr., Linda Willis, Donna Foreman, Randy Dawkins; and cherished friend of 48 years,  Nettie Graves; in addition to a host of cousins, friends, and loved ones.

To send flowers to the family or plant a tree in memory of Marion Clay, please visit Tribute Store
Monday
17
October

Share Your Memory of
Marion
Upload Your Memory View All Memories
Be the first to upload a memory!
Share A Memory
Send Flowers
Plant a Tree