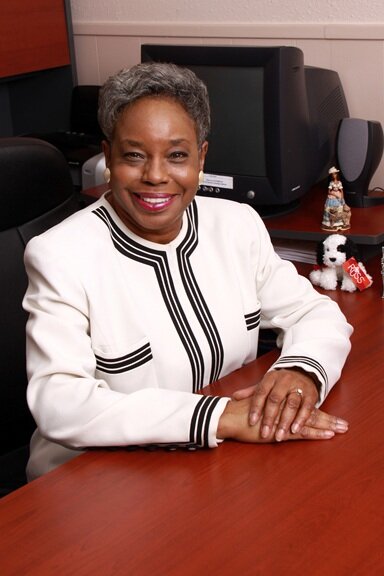 Obituary of Linda A Mitchell

Please share a memory of Linda to include in a keepsake book for family and friends.
View Tribute Book

Linda Diane Anderson Mitchell’s journey began on July 30, 1951, in Tampa, Florida. She was the first born of the three children given to Ruben Anderson, Sr. and Alfreta Aldridge Anderson.
Growing up in Greater Bethel Baptist Church and later moving to Faith Temple, Linda accepted Christ at an early age.  Linda actively participated in the Sunday School and BTU Ministries during her tenure in each of these churches.
She completed her education in Tampa, Florida, attending Carver Elementary, Ernest E. Just Junior High and Howard W. Blake High School.  After graduating from Blake High School in 1969, Linda continued her education at the University of South Florida. In 1973,  she received a Bachelor of Arts degree in Social and Behavioral Science with an emphasis on Sociology and African American Studies. Her postgraduate work focused on rehabilitative counseling.
Linda moved to Dallas, Texas, after marrying the love of her life, Gerald Mitchell, in August of 1977. Gerald’s sudden death in April of 1979 caused Linda to seek a deeper meaning for the reasons for life and after a period of searching, she concluded that she needed unity. On that very Saturday, Linda drove by a church named Unity Church of Dallas and she attended service the following day.  Linda served in various ministries during her 20 plus years tenure at Unity.  Linda later united with Christian Chapel Temple of Faith, under the leadership of Dr. Jerome McNeil, where she also served wherever needed.
A born leader, Linda’s leadership and entrepreneur’s spirit began to unfold with the establishment of Black Achievement, Incorporated, a company whose sole purpose was to provide motivational seminars and positive black role models for youth and the community at large.
Linda served as a managing general agent with Golden State Mutual Insurance Company prior to becoming a district manager with Preneeds System, a managing entity of Homesteaders Life Insurance Company.
L.A. Mitchell Memorial Inc. was birthed from Linda’s extensive background in pre-arranged funeral, insurance sales and marketing, and her passion to provide a quality pre-need program for families serviced by Black Owned and Operated funeral homes.
Linda became President and CEO of Black and Clark Funeral Home, where she possessed majority ownership from February of 2006 until her Homegoing on October 16, 2022.
Linda is preceded in death by her grandparents, Robbie and Virgina Aldridge, and John and Essie Anderson; her parents, Ruben and Alfreta Anderson; her brother, Ruben Anderson, Jr; and her great niece, Chnell Smith.
She leaves to cherish her memories and celebrate her life her sister, Aleatha Smith (Greg) of Tampa, Florida; special great nieces, Cherish and Chole Smith;, special nieces, Plakisia Wright (Ernest), Lisa Nelson, Zaria and Makayla; closest friends: Francina Lewis of Jacksonville, Florida, Emma Lyons and family of Rowlett, Texas, and Rita White (Ron) of Cedar Hill, Texas; her Texas family: Theresa Shelton and family, the Puyol family, Ermina “JoJo” Sunday and family, all of Dallas; godson, John Lewis; honorary godchildren: Frank Savala, Demarcus Offord, Joseph Dillard, Demarcus Sheppard, and Holly Spearmon; numerous other nieces and nephews; the Black and Clark Funeral Home Staff and the L.A. Mitchell Memorial Planning Staff; and a host of other relatives and dear friends.

To send flowers to the family or plant a tree in memory of Linda Mitchell, please visit Tribute Store
Friday
21
October

Share Your Memory of
Linda
Upload Your Memory View All Memories
Be the first to upload a memory!
Share A Memory
Send Flowers
Plant a Tree