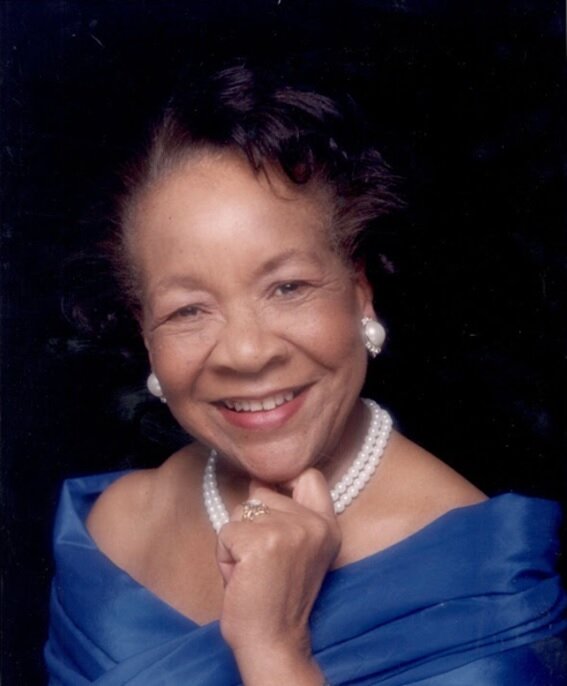 Please share a memory of Monnie to include in a keepsake book for family and friends.
View Tribute Book

On Tuesday, October 18, 2022, Monnie Ruth Wilson-Lester, loving wife, mother of four children, and grandmother of six children, passed away. Monnie was born on July 13, 1936 to the parentage of Mose and Euin Wilson in Elysian Fields, Texas.  While growing up in the country, Monnie enjoyed tending to animals and spending time with her beloved father working on vehicles.  Monnie attended Elysian Fields Elementary School and graduated from Elysian Fields Colored School at the age of 16. Her love of playing piano, enjoyment of learning, and determination allowed for her to graduate at a younger age.

Monnie continued her education to earn a Bachelor of Science in Home Economics from Prairie View A&M University in 1956.  Her love of sewing blankets and clothes led her to work as a home economics teacher for two years before starting at Texas Instruments in 1960.  Monnie remained at Texas Instruments for thirty-three years where she was one of the first black women to open the door for other minorities in the company.  After her tenure at Texas Instruments, she worked in retail at Colberts and Cato.  Her coworkers and management described her as a leader that was dependable, determined, and highly educated.  Monnie was loved and enjoyed by many of her customers and colleagues throughout her 70 years of working.

On August 24, 1967, Monnie was united in holy matrimony to James Parnell Lester Sr. (deceased).  James and Monnie relocated to Dallas, Texas in the late 1950s for their permanent residence.  From their union, four children, Sheila Ann Lester (deceased), James Parnell Lester, Jr., Cedric Howard Lester, and Reginald Allen Lester (deceased) were born.  After raising their two sons, James and Monnie were graced with six grandchildren.  Monnie’s children and grandchildren were her pride and joy.

She was a pillar of strength and wisdom.  As a breast cancer survivor, Monnie was a natural born fighter.  Her love for God and prayers provided protection and love for her family and those around her.

Monnie enjoyed spending time with her grandchildren, sister Mary Williams (deceased), nephews, and close family friends.  She never complained about providing hospitality and cooking her southern meals and desserts because providing for others brought her comfort and joy.  Monnie’s home was an open door to friends and family for holidays, various gatherings, and Sunday dinners.  She enjoyed making friends wherever her high heels led her.  Monnie will be remembered for her huge heart, hugs, graceful style, and the ability to light up the room with her smile and laughter.

To send flowers to the family or plant a tree in memory of Monnie Lester, please visit Tribute Store
Friday
28
October

Share Your Memory of
Monnie
Upload Your Memory View All Memories
Be the first to upload a memory!
Share A Memory
Send Flowers
Plant a Tree