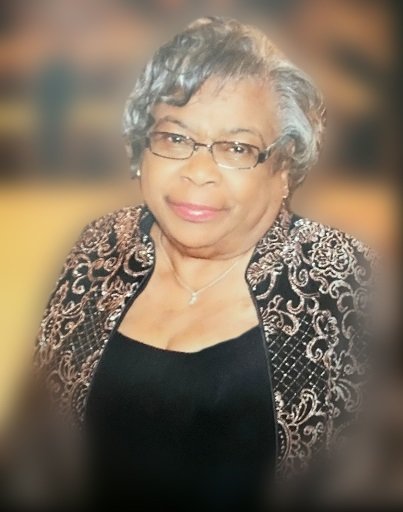 Ethel Lee Champion was born November 26, 1935 in Millican, Texas, to the parents of Mr. Samuel Hester and Mrs. Bernice Hill (both who preceded her in death).  She was the oldest of 4 siblings. Ethel was affectionately known to her family and friends as “Jean” and was raised and attended school in Brazos County.

She acknowledged her faith at a early age and was baptized at the Macedonia Baptist Church in Millican Texas.  Upon graduation from George Washington Carver High School in 1955, Ethel relocated to Dallas, Texas and continued in her faith by joining the Munger Avenue Baptist Church.  For over 60 years, she was committed to making sure the youth of Munger grew their commitment to Christ thru teaching Sunday School and working with the Sunbeams Mission Groups.

She continued her higher education at Bishop College in Marshall, TX earning her Bachelors of Arts Degree in Elementary Education. Due to segregation in the South, Ethel would begin her teaching career in West Texas at the Hale Center Independent School District.  Ethel once said, her main influence for choosing a career in teaching was “the children need someone who cares”.  She loved to be able to see the growth that takes place within a child’s mind and that’s what fueled her desire to commute, weekly, to West Texas until the end of the 60s.

While teaching in West Texas, she was introduced to Mr. Timothy Champion thru a fellow teacher, who later became her sister in law.  Tim, also an educator in Dallas, would become her partner in life, and they would marry April 5, 1969 and began their family. To this union were born two AMAZING daughters: Loria and Raechelle.

With still a zeal for knowledge, Ethel would enroll in Texas Women's University, East Texas State University and the University of Texas at Dallas, working towards her Master’s Degree in Education.  She completed her career in education, after teaching 41 years at Wilmer Hutchins Independent School District.  After countless Teacher of the Year awards, she retired from nearly 50 years of service thru teaching in 2005.

With her gracious smile and generous heart, she left a lasting impression on everyone she encountered. She loved and served unconditionally, leaving a legacy that will pass from generation to generation.

She will truly be missed...

Ethel was preceded in death by her beloved parents, Samuel and Bernice Hester, her husband, Timothy Champion, one sister, Verna Johnson Day, and her brother, James Charles Hester .

To send flowers to the family or plant a tree in memory of Ethel Champion, please visit Tribute Store
Friday
17
July

Share Your Memory of
Ethel
Upload Your Memory View All Memories
Be the first to upload a memory!
Share A Memory
Send Flowers