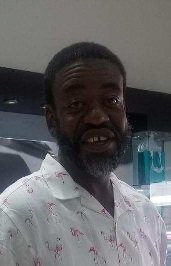 On June 3, 1972,  Jeffrey Alan Wiley was born to Donald and Gloria Wiley in Dallas, Texas.

Jeffrey attended DISD schools and was  a 1990 graduate of both Justin Kimball and Science and Engineering Magnet High Schools.  After high school he attended Prairie View and  East Texas State Universities.

He accepted Christ  at an early age and attended Galilee Missionary Baptist Church in Dallas, Tx.

On September 2, 2000 Jeffrey married Chinquel L. Washington.  Together they raised one son and two daughters.

At the time of his death Jeffrey was employed with GSF Fire and Safety.  Jeffrey enjoyed traveling, cooking and spending quality time with his family.   He was also a dedicated fan of the Dallas Cowboys.

To send flowers to the family or plant a tree in memory of Jeffrey Wiley, please visit Tribute Store
Friday
6
November

Share Your Memory of
Jeffrey
Upload Your Memory View All Memories
Be the first to upload a memory!
Share A Memory
Send Flowers