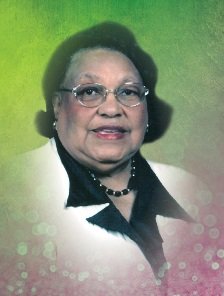 Obituary of Zettie B Woods

zettie B. Woods was born in McNab, Arkansas, to the parentage of Clay and Velma Adams Johnson. Both of whom preceded her in death.God blessed her with a full and rich life. Her early years were spent in McNab, where she graduated from Howard County High School, and shortly afterwards she relocated to Dallas, Texas.

In 1948 she married Robert Woods and they were married for 46 years before he preceded her in death. To that union, three children were born, two daughters and a son.

She was a Godly woman and a devoted mother and wife. In 1956 she united with the Macedonia Missionary Baptist Church and up until her death she was the longest serving member there. For many years prior to her health failing, she was a member of the Macedonia Choir, Mission and Hospitality Committee.

Before she passed, she still lived in the same North Dallas neighborhood, where she had lived for over 60 years.  Many of the children that grew up there and moved away remembered her fondly and would still stop by to visit her.  She was also the Matriarch of the Adams family and her strong but quiet spirit will be missed by all.

She was preceded in death by three brothers, Clay Johnson, Jr., Maurice Johnson and Londer Jefferson; and a sister, Odessa Warfield.

To send flowers to the family or plant a tree in memory of Zettie Woods, please visit Tribute Store
Friday
30
April

Share Your Memory of
Zettie
Upload Your Memory View All Memories
Be the first to upload a memory!
Share A Memory
Send Flowers
Plant a Tree