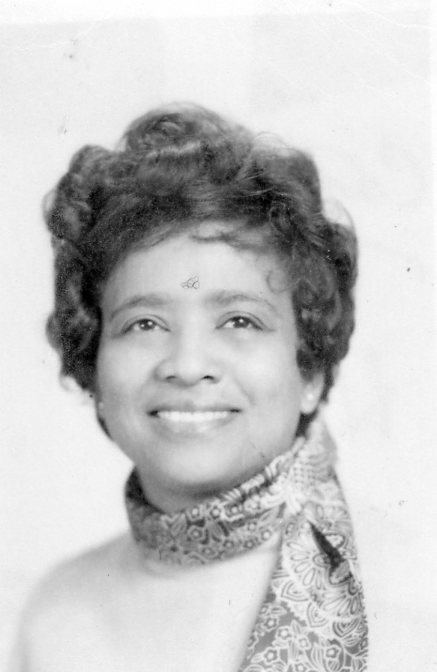 Cordie Rose Smith Hines was born in Austin, Texas August 2, 1926 to the union of Lizzie T. and Connie Smith. Her mother would later marry George Lee Lightfoot and they would both raise Cordie and her brother Lemuel in Amarillo, Texas. There, Cordie attended Patton High School, where she later graduated. After high school she married Herman Alvin Hines, having two daughters, Rosalind Odette and Alison.

She was a member of Mount Zion Baptist Church in Amarillo, where she was a member of the senior choir and also became the youth choir director. She enjoyed working with the youth and became a Girl Scout Leader in Amarillo’s North Heights community; inspiring a multitude of girls to seek higher education and careers; many who she continued to mentor throughout her elderly years. She became a Roman Catholic in 1994, becoming a devoted member of the St. Rita Church Community in Dallas, Texas. There, she was an active member of the church bible study and prayer organizations.

As a wife and mother in Amarillo, she worked as a library page, clerk and bookmobile driver for the City of Amarillo’s Mary E. Bivins Library. She would later become the first African American to become the library’s mobile unit supervisor. She would later attend Amarillo Junior College. While still working at the library, she attended West Texas State University, in Canyon, Texas, where she graduated in 1966 with a Bachelor of Arts Degree. Subsequently, the City of Amarillo assigned her to open and be the director of the newly built Southwest Branch Library, becoming the first African American to assume an administrative position with that city’s library division. While still working in her director’s role in Amarillo, Cordie began commuting weekly from Amarillo to Denton, Texas to study library science at Texas Woman’s University where she graduated in 1970 with a Master’s Degree in Library Science.

Although, she was still directing the Southwest Branch Library in Amarillo, the City of Dallas (immediately following her MA graduation), recruited Cordie to manage the Crossroads Community Center Branch Library (later re-named the Martin Luther King Jr. Library). Therefore, she accepted the position and moved to Dallas in 1970. She managed that branch only two years before she was promoted to the Assistant Chief of all branch libraries in Dallas (becoming the first African American in an administrative position for the city’s library division). As the city’s growth increased, she became Zone Director of all libraries in the North Dallas district aiding in the ground breaking of two new libraries at the time (Fretz Park, Forest Green) and the establishment of the Preston Royal branch.

Cordie retired from the Dallas Public Library in 1982, but continued to be an active member of various organizations.

To send flowers to the family or plant a tree in memory of Cordie Hines, please visit Tribute Store

A Memorial Tree was planted for Cordie
We are deeply sorry for your loss ~ the staff at Black and Clark Funeral Home
Join in honoring their life - plant a memorial tree
Services for Cordie Hines
There are no events scheduled. You can still show your support by sending flowers directly to the family, or planting a memorial tree in memory of Cordie Hines.
Visit the Tribute Store

Share Your Memory of
Cordie
Upload Your Memory View All Memories
Be the first to upload a memory!
Share A Memory
Send Flowers
Plant a Tree