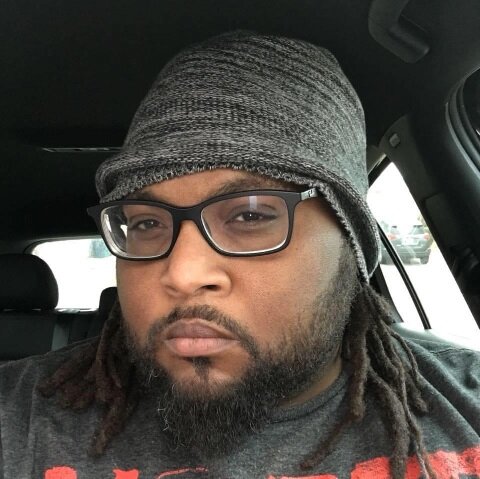 Kendrick was born in Stuttgart, Arkansas, to the union of Ricky and Sarah Jackson.

Kendrick spent his early childhood in Houston, Texas and later moved to Dallas, Texas, in 1985.

He received his education in the Dallas Public School system where he graduated from Skyline High School in 1996.
Kendrick married the love of his life, Lauren Matthews, on October 28, 2011.

They spent the past 11 years building a life and enjoying time with family and friends.

Kendrick loved his family, learning and trying new foods and cooking methods, and all things within geek culture while spending every moment with his girls.

On Monday, January 3, 2022, his life’s journey ended, and he entered eternal rest. He was preceded in death by his grandparents, Minnie Hogan, Lester Hogan, Joyce Jackson, and Julius Jackson.
Kendrick’s smile and sweet demeanor will be missed by all who knew him.

To send flowers to the family or plant a tree in memory of Kendrick Jackson, please visit Tribute Store
Saturday
8
January

Share Your Memory of
Kendrick
Upload Your Memory View All Memories
Be the first to upload a memory!
Share A Memory
Send Flowers
Plant a Tree